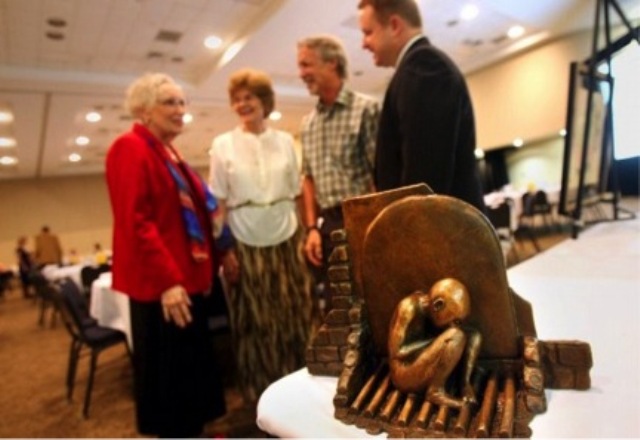 The Unknown Child Foundation, a new fund to be welcomed to the Community Foundation of Northwest Mississippi, has set its sights on DeSoto County to house a statue and remembrance park for the lost children of the Holocaust.

The foundation was established in 2009 through the Pennies Project, an effort put forth by three women who had a passion for raising student awareness of the Holocaust. This project consisted of local students collecting one and a half million pennies to represent the one and a half million children who were perished in the Holocaust. Students wrote letters to athletes, actors and politicians asking for donations and some even went door-to-door within their community. In three short years, the students obtained their goal and built relationships with the Jewish community.

Tax-deductible donations to the Unknown Child Fund can be made at the Community Foundation of Northwest Mississippi.

Photo by Stan Carroll of the Commercial Appeal