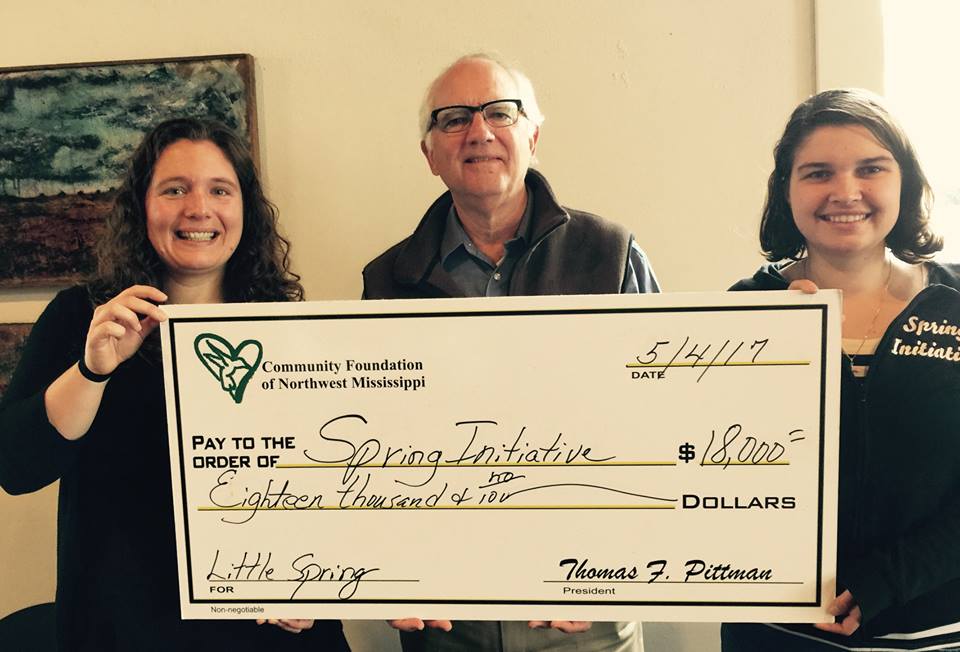 The Spring Initiative, a local after school program for underprivileged youth, got a grant for $18,000 last week.

The grant is from the Community Foundation of Northwest Mississippi, and the money means the program can expand and serve even more kids.
At present the program, which is in its third year, serve 12 kids, all of whom are middle school aged. Anja Thiessen, who helped found the program and is the program director of Spring, said the grant will go toward the salary of another full-time staff member.
The extra staff member will allow the group to begin a program for children from kindergarten through second grade. This age group is important to reach out to, because without intervention, very young children can form bad habits and poor self images, says Bianca Zaharescu, another founder of the Spring program. If intervention programs wait too long, it can be much harder undoing all of that.
Thiessen said the Spring organization has always known its best to target very young children, but she and her team had already made personal connections with the current cohort, and so they elected to build on their personal relationships and work with the slightly older kids. Even so, moving forward Thiessen said it’s best to start from scratch, so to speak.

“We don’t want to have to do so much remedial work as much as build up from the ground,” she said.
The expanded program is expected to start in January, and Thiessen said the younger kids will likely be a mix of younger brothers and sisters of the current group as well as students that come recommended from school counselors and other school workers.
Besides that, the program is already expanding its services and offering some adult-oriented community education courses, including a nutrition class being offered at present. Thiessen has said similar classes will be announced in the near future.
Tom Pittman, who is the president and CEO of the Community Foundation, said there was much to admire about Spring.
“One, we were impressed with the progress that the students made,” he said. “They documented the progress the students had made, they documented that their grades had gotten significantly better, so that was factor [in giving the grant]. Second, we’re impressed with how well they cooperated and use the community’s resources, everything from the mayor’s offices to get internships to the exposure the kids had to other students. Third, I guess we were impressed with their holistic approach. Not only academic but they’re just really caring for those students in so many different ways.”
Thiessen said this isn’t the first time her organization has applied for the grant, but it is the first time they’ve been awarded a Community Foundation grant, and she was pleased to get the entire amount she applied for.
Three years into the program, Thiessen she has seen how the program has made a big difference in the kids who attend the program.
“I think it’s been absolutely awesome,” she said. She said there’s still stress, and there’s still considerable emotional and physical investment on her part and on the part of the staff, but it’s paid off.
“We’ve seen incredible transformation,” she said. “The program is very different from two years ago. Two years ago we were scared every day to go to Spring because we didn’t know what kinds of problems we’d encounter when we’d get there.”